Prince Edward Island boasts outstanding schools, practically little pollution or traffic, and was the site of the historic Charlottetown Conference of 1864, which resulted in the creation of the nation.

Why should I immigrate to Prince Edward Island?

It is simple to understand why people from all over the globe desire to live and work in Prince Edward Island, which is known as one of the safest and most closely knit communities in Canada. Aside from being the home of the confederation, the province offers an unusually high quality of life and is particularly popular with tourists, owing to its excellent beaches, top-rated golf course, and other cultural attractions. You may want to explore how to immigrate to Canada.

How Do I Immigrate To Prince Edward Island?

How To Immigrate To Prince Edward Island

The Prince Edward Island Provincial Nominee Program is a program designed to boost the province’s economy by filling in-demand jobs with foreign employees. You may want to explore highest paying engineering jobs for immigrants in Canada.

Below are the 7 Canadian immigration streams under the Prince Edward Island Provincial Nominee Program:

If you want to immigrate to Prince Edward Island and want to invest in and manage a business, you may be eligible for a permanent residency nomination under the Work Permit Stream of the Prince Edward Island Provincial Nominee Program. This stream is for foreign nationals who run a business or have substantial managerial expertise and want to relocate to PEI to start a business and eventually become a permanent citizen.

The Canada Express Entry System enables Prince Edward Island to recruit potential immigrants for its provincial nominee program. The province has the authority to issue a “Notification of Interest” to persons whose Express Entry profiles fit the parameters the province is looking for.

Candidates recommended by the PEI PNP for Canadian immigration will obtain enough points under the Express Entry Comprehensive Ranking System to be almost guaranteed of an invitation at the next draw. This does not take long after receiving an Invitation to Apply for Canadian Permanent Residence to be accepted for PEI immigration, since Express Entry processes requests in six months or less.

If you are currently employed by an Island firm, you can apply for a nomination for permanent residency through the Skilled Worker in PEI Stream. The Skilled Worker stream is driven by businesses, allowing them to fill high-skilled positions that they are unable to fill through the local labour market. You may want to explore jobs for international students in Canada.

The PEI Critical Worker Stream is employer-driven, allowing Island firms to fill low-skilled positions that are unavailable in the local employment market. With the exception of trucking-sector employers who may be recruited from other provinces within Canada, you can seek to immigrate to Canada through this stream if you are presently working in PEI.

If you have a work offer from an Island firm, you can apply for a nomination for permanent residency under the Skilled Worker Outside Canada Stream of the Prince Edward Island Provincial Nominee Program. The PEI Skilled Worker stream is employer-driven, allowing Island companies to fill high-skilled positions that are not available in the local employment market.

The Atlantic Immigration Pilot is aimed at skilled and semi-skilled persons who want to relocate permanently to one of the four Atlantic provinces, specifically Prince Edward Island.

If you graduated from a publicly financed PEI post-secondary school, you can apply for a nomination for permanent residency under the International Graduate Stream of the Prince Edward Island Provincial Nominee Program (PEI PNP). The International Graduate stream is employer-driven, allowing Island firms to fill positions that are not available in the local labor market. You may want to explore Jobs for international student in Canada.

Why Immigrate to Canada through the PEI Immigrant Nominee Program?

The Prince Edward Island Nominee Program (PEI) is a fantastic method to start a new life and work in Canada because it is one of the simplest provinces to come to in Canada. Prince Edward Island is a popular location for potential immigrants since it has more employment possibilities and a lower cost of living. You may want to explore other Canada Provincial Nomination Programs.

How To Immigrate to Canada from the UAE

How To Immigrate To Canada As A Refugee

How To Immigrate to Canada from the UAE

How To Immigrate To Canada As A Refugee 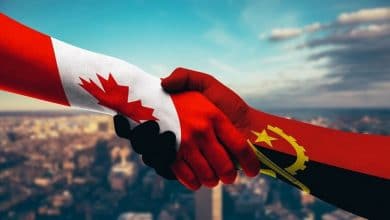 How To Immigrate to Canada from Angola 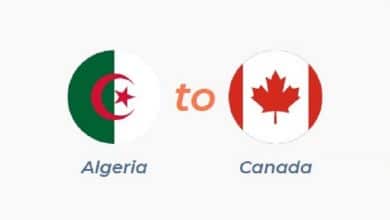 How to Immigrate to Canada From Algeria 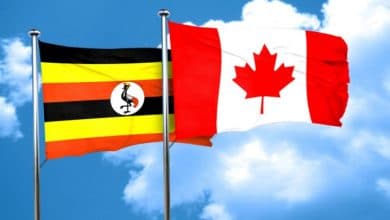 How To Immigrate to Canada from Uganda

How to Immigrate To Canada from Afghanistan