How to migrate to the USA from the UK, is asked by most intending UK immigrants. Without a visa, UK residents can stay in the United States for up to 90 days.
Work and student visas are the most common permanent migrant visas for UK residents in Northern Ireland, although the diversity visa is also available. Learn how to enter the U.S without a visa.

Do you wish to migrate to the USA from the UK? Continue reading to know your immigration options.

Migrate to the USA from the UK

Why Migrate to the USA?

Because of their cultural, historical, and linguistic links, the United Kingdom and the United States have a special relationship. Between the two nations, trade is likewise quite active. It’s not surprising to also see U.S citizens  migrating to the UK in recent times.

Why will a UK Citizen want to relocate to the United States?

Every year, a large number of British nationals opt to relocate to the United States. Some people move to study, while others move for better work opportunities. Here’s how to make the transition, whatever your motivation for doing so may be.

Migration Options From The UK To The US

The following are several migration alternatives from the United Kingdom to the United States.

Going to the USA as a Tourist

The ‘Visa Waiver Program’ allows UK nationals to enter the US and remain for up to 90 days without a visa.

The B1 and B2 visas allow UK nationals to visit the United States as tourists for longer periods of time. These visas generally last two years and allow the holder to stay in the United States for up to six months at a time during a rolling 12-month period.
This visa is quite simple to get as long as one has a valid passport and can demonstrate that one will not overstay the visa. Many persons seeking to immigrate to the United States utilize the tourist visa to hunt for jobs that would sponsor their work visa.

Migrating to the USA for Work

You must have a confirmed employment offer from a company ready to sponsor your work visa in order to work in the United States. Intra-company visas are available for employees of a UK corporation who are relocating to a US office. These visas are typically good for 1-3 years, although they can be extended up to seven years.

The following are some of the different types of U.S work visas that are available to UK immigrants:

Immigrants are granted roughly 140,000 work permits each year. The majority of these visas are granted to those with advanced degrees. On most visas, the applicant’s spouse and unmarried minor children are allowed to accompany him or her to the United States. However, their ability to work in the United States may be restricted.

A work visa is not granted to every applicant. Many categories, such as those for H1B visas, are oversubscribed. Migrants from the United Kingdom, like immigrants from other nations, must rely on chance in the H1B visa lottery. The good news is that they are other alternatives on how to migrate to the USA from the UK.

Migrate to the USA to Study

Non-immigrant visas, such as student visas, are technically non-immigrant visas. Many migrants, on the other hand, opt to come to the United States on a student visa, finish their studies, and then look for a job that will sponsor their work visa. If you want to study in the United States, you’ll need to apply for an F1 visa or M1 visa, depending on whether your degree is academic or vocational.

Students may also come to the United States as part of an exchange program or to pursue pre-arranged training, research, or employment with charitable or educational organizations. In these situations, the candidate will need to apply for a J1 visa. You may want to explore how to become an American citizen.

Migrate To The USA As An Investor

To be eligible for this visa, the applicant must spend a minimum of $1 million in a new commercial business and employ at least 10 US residents full-time.

Instead of starting a new business, the individual might invest in an existing one in such a way that the investment enhances the company’s net value by at least 40%. The investment level is lowered to $500,000 if the new business is located in rural America.

Migrate To The USA To Get Married

As the fiancée of a US citizen, UK nationals are permitted to enter the United States. In such situations, both the migrant and the fiancé must be legally free to marry each other, and the pair must intend to marry within 90 days of their arrival in the United States. This is similar to the UK Spouse visa.

Migrate To The USA To Be Reunited With Family

A family reunification visa can be sponsored by an American citizen or a green card holder for specified relatives. Green card holders can only sponsor their spouse and unmarried children, whereas American citizens can sponsor their parents, siblings, spouse, and children. The sponsor’s position and relationship to the immigrant influence the immigrant’s preference for this visa. Learn how to apply for an American green card.

The preference for this immigration option is as follows;

Nationals of Northern Ireland and UK citizens, who are married to a person from a country that is eligible for this visa can apply for a diversity visa. Under this program, the US government distributes 55,000 visas each year.

The following countries are not eligible to apply for this visa:

How do I qualify for the U.S Diversity Program?

In addition to being a citizen of a nation not on this list, the applicant must additionally meet one of the following requirements:

It is important you stay abreast with how to avoid deportation from the United States. 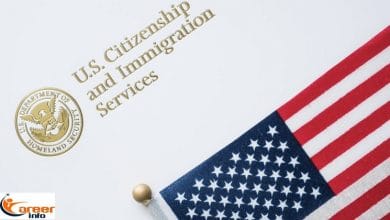 How to Get a Green Card for Your Parents 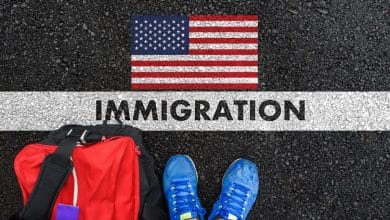 How To Migrate From Canada To USA

How to Become an American Citizen

How to Enter the U.S